So you went out on a date..

Everything was calm and silent around you..

Suddenly your guy looked into your eyes and gave you a warm hug. That’s it your body was filled with happy chemicals, and so was your mind with thoughts.

So, Why did he do so? Does it show his interest in you? or Are you reading too much into a harmless hug? Actually, what does it mean when a guy hugs you first?

Now, Let’s try to find out the psychology behind a guy’s hugging you before you have had a chance to hug him first.

3 Psychological Reasons why he may hug you:

• The greeting hug – The greeting hug is a hug that acknowledges your presence in a crowd. It is mostly obligatory in nature and does not involve any deep emotions. Take it as a sign of courtesy and move on.

• The secret hug – The secret hug happens when there is nobody else around. If a guy only hugs you in private and hesitates to give you a hug when out with you – he clearly doesn’t want everyone to know that you’re together. So, steer clear of secret hugs to avoid a heartbreak.

• Quick hugs – These hugs transpire in less than a moment. The guy either feels awkward (in hugging you) or is scared of hugging you for too long. If you like this guy, let him know you don’t mind him holding you for more than a split-second.

Who said it’s so simple? A Guy’s Hug means a lot…

The whole reason we’re discussing the significance of a man hugging you is that men are not as free as women when it comes to hugging. You could have known many women who would hug you on any occasion they can find, but it’s not the case with men.

Men who seek attention will always wait for the woman to make their first move. They act distant and aren’t keen on showing you platonic physical affection. On the other hand, when a man wants to really connect with you, he will not think twice before taking the first step in hugging you. In such a case, hugging you is a sign that he wants to be closer to you. Generally, these hugs are comforting in nature and may sometimes take a sensuous turn.

So, in brief, the intentions behind a guy’s hug can vary from a simple friendly feeling to a deep sexual attraction. But how to trace out the difference? How to know the guy’s inner feelings? And finally how to understand his real intentions?

The Answer to all these questions boils down to one thing.. “His Body Language”

Yes, Body language plays an important role in expressing a person’s feelings. A hug can be of different kinds and for different reasons, but noticing his body language gives you the key to understanding his real inner feelings.

I’ve already discussed the situations that may encourage a guy to hug you. Now I will go on to discuss the different kinds of hugs (based on guy’s body language) and what they actually mean for you.

6 Kinds of Hugs and What they actually Mean: (Based on Body Language) 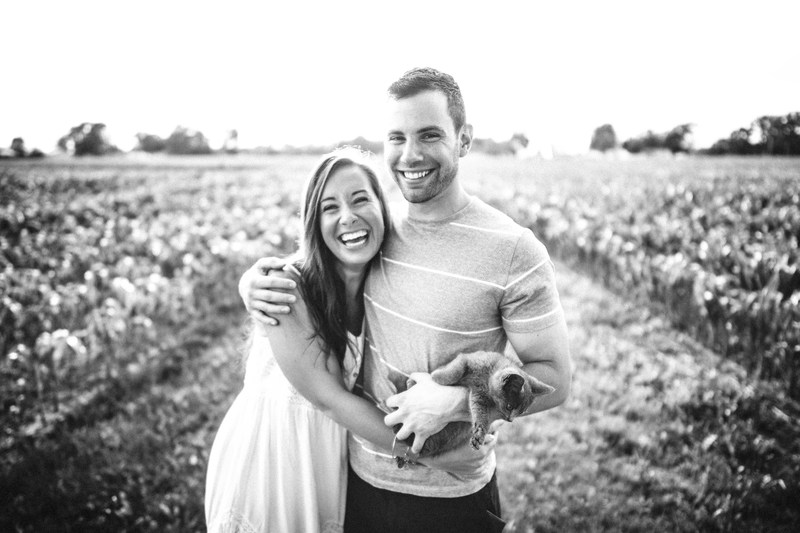 These hugs last for about a few seconds. Psychologically, one-armed hugs show lack of involvement. Who knows… He may not have been very sure if he wanted to go in for the hug or not. 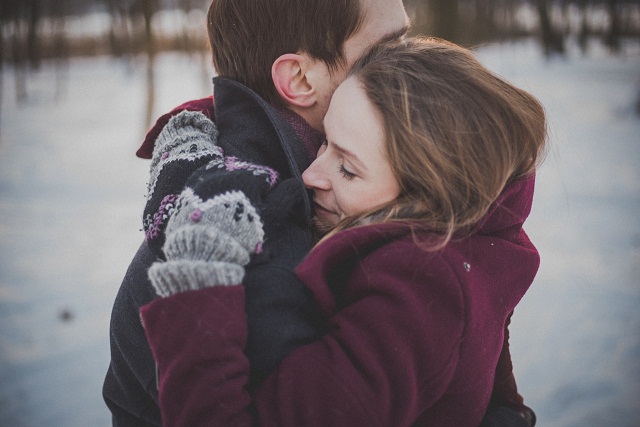 If he is using both arms to hold you close to him, he means business. He has put all stakes in and wants to show you that he cares. He is hugging you tight to tell you that he doesn’t want to let you go. These hugs can go on for minutes long and are one among the best kinds of hugs.

Many times, these hugs may seem like your guy is squeezing you, and your shoulders.

3. The hug where he lifts you up into an embrace – 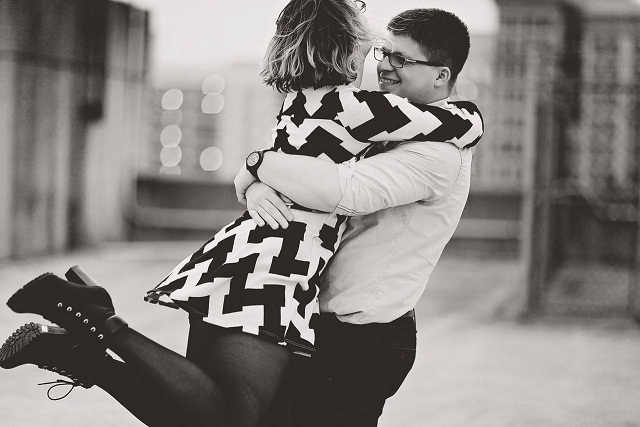 Maybe you haven’t seen each other for a few days and when you finally meet him and go in for a hug, he lifts you off your feet. Such a hug means your guy couldn’t be happier to have you back and that he really missed you while you were away. 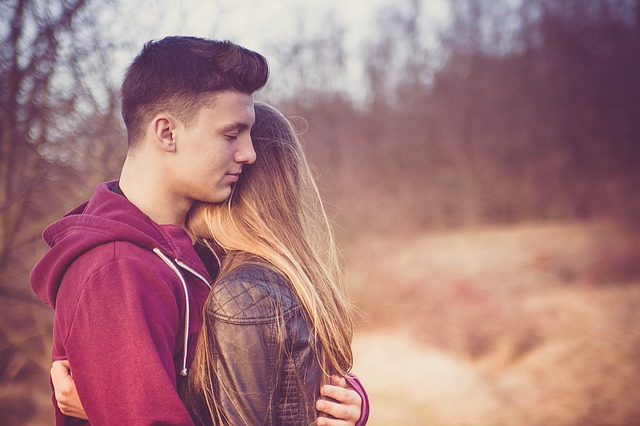 If he is giving you a hug and hesitates to pull away after the hug has ended, it means he probably wants to say something to you but isn’t sure if he is ready to. 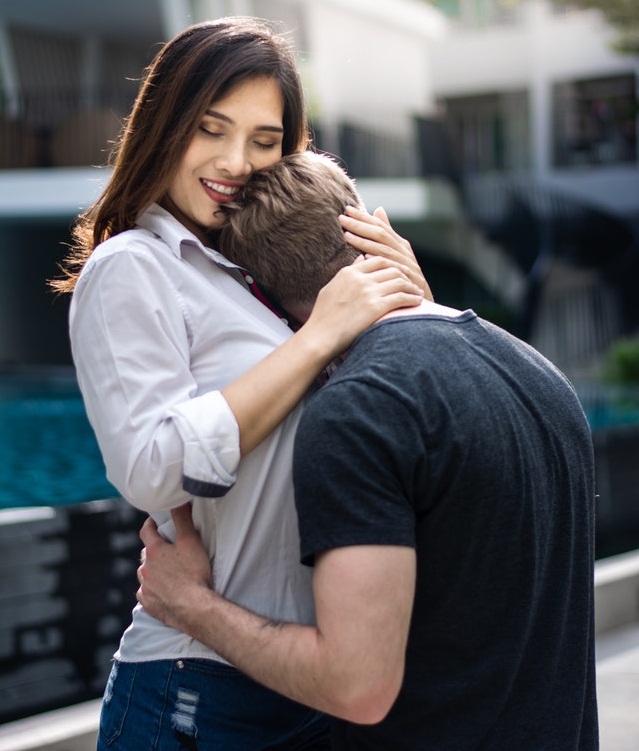 There are times when a man needs support as much as any ordinary woman. If your man is comfortable in showing his vulnerability to you, he is a keeper. These hugs mean that he trusts you with all his heart and does not mind you taking on a dominant role in the relationship from time to time.

6. The hug where he pulls away to gaze into your eyes – 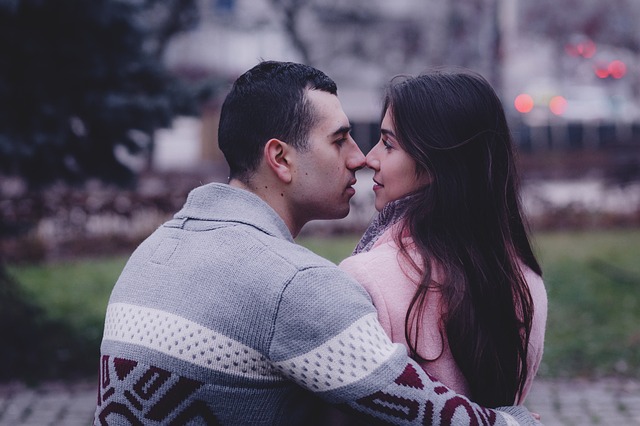 Sometimes men hug you and then slowly loosen the hug to look into your eyes. Such a hug means that he has a deep affection for you. It is an extremely romantic gesture and men who indulge in this hug are generally loyal and devoted.

In fact, it is a clear sign of both physical attraction and emotional attachment.

Don’t let a guy’s hug confuse you. Look up our list of reasons why he may have hugged you and then match with the kind of hugs we’ve listed. You will know just what his hug meant.

Also, a guy hugging you first, doesn’t always have to be a big deal. Maybe he had a good time with you and just wanted to show that he enjoyed your company. Perhaps, he would like to see you again. Either way, enjoy the hug and hug him back. Hugs are good:) 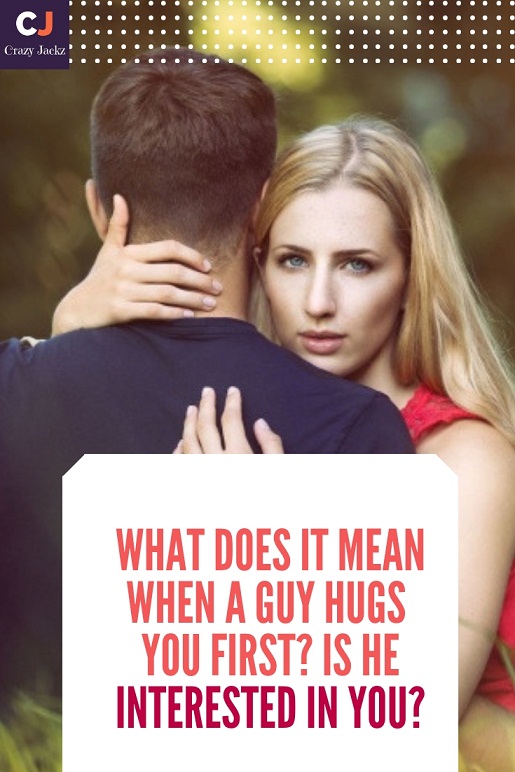