You both were in the same room..

All you can feel is his sharp eyes gazing at you.

Yes, although you don’t know his feelings, you can clearly see that he is staring at you with his deep eyes. Across the room of many girls like you, why is he staring only at you? Psychologically, What does it mean when a guy stares at you? What are his actual feelings, emotions, and deep inner thoughts?

The Relation of Beauty and Guy’s mind:

To understand everything, you need to get into the deep subconscious mind of a guy. Yes, From the past generations, and also based on the biological wiring of men it was a fact that men are attracted to beauty.

Thus even though women don’t stare at men, men can’t resist doing that especially towards women, whom he likes.

So, just by thinking as a woman you won’t get to know the intentions of the guy who is staring at you constantly.

What does it mean when a Guy stares at you? 3 Scenarios when guys do so…

Now, coming to the main point..

Clearly, we can know the intentions of your guy by classifying him into any one of the three scenarios below. So, before analyzing what his emotions are, you need to decide which category does your guy come under.

At times, when a guy stares at you, he also wants you to clearly know that he is staring at you. If this is the case, then most probably he is a player. If not he might be some kind of a rare overconfident guy.

Yes, players are known to intentionally stare at a woman just to grab the complete attention of the woman he targeted. He wants to somehow make a mark in your mind and make you know that he is extremely interested in you.

Signs: As the players/manipulators want you to know (that he is staring) most probably he will continue to look at you even though you look at him. So, suddenly give a sharp look into his eyes, and see whether he is still continuing to stare at you or not. If yes, then most probably he could be the above-discussed player.

Another thing is that your guy tries to flirt with other girls around you and may even talk to all your friends, just to show you that he is charmistic. So if you could see this happening, it could be another sign that he comes under this category

In general, in such scenarios when the guy staring at you is a player, his emotions could be the following..

Although it is hard to generalize, many men have the habit of staring other women who they feel beautiful. Many men even stare at women, whom they don’t even know. So, in such cases, we can’t take it for granted that he likes you. Also, it is meaningless to waste your time thinking what it means when he stares at you. 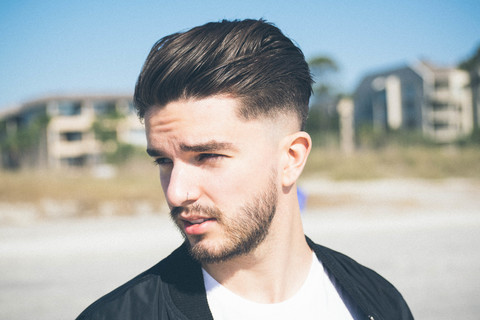 Signs: You can easily know this scenario by calculating the number of days he is staring at you. If the guy has looked at you only once or twice, then most probably it comes under this case. On the other hand, if he is constantly staring at you every day then the guy moves away from this scenario.

Even in this case too, the guy stares at many women other than you.

In most cases, he is neither attracted nor has feelings for you. He doesn’t even care about your feelings or even talking with you. All he feels is that you are beautiful and wants to see your beauty as long as possible.

In general when a guy stares you at regular intervals, almost everyday then it can come under attraction staring. This is the case when the guy is extremely attracted to you and has one-sided feelings for you. Sometimes, the guy might even have a deep crush on you from many days. 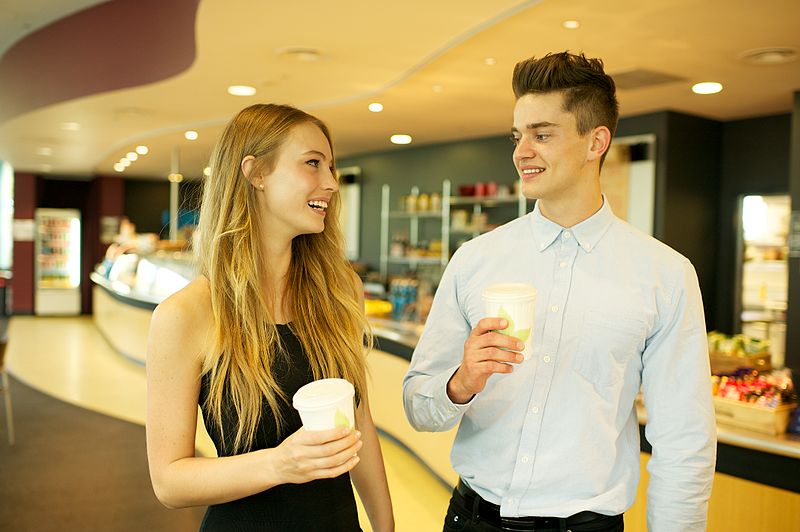 Signs: You can do the same test discussed above. Give him a sudden look while he is staring. In general, if this is the scenario, he might look down, or the other side altogether.

Another thing you can test is, try to talk to the guy who is staring at you. When you do so, all you can see is a large smile on his lips, clearly expressing his interest for you. You can also clearly see his nervousness while he is talking to you.

Another sign is that, Once you talk to him, soon he will definitely start to search for situations and silly reasons just to talk to you for some time.

Additionally, he won’t stare at other girls and be genuine to you as he has intense feelings only for you.

Attention: The 2 Little Text messages to send – If he is staring at you every now and then (Attraction Psychology) 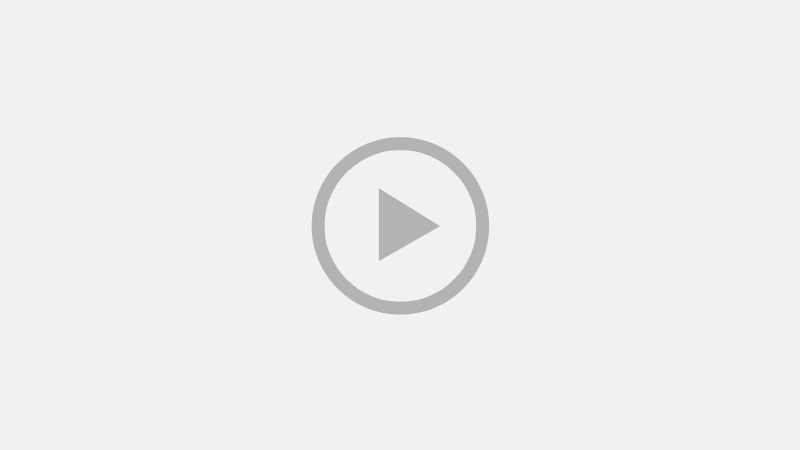 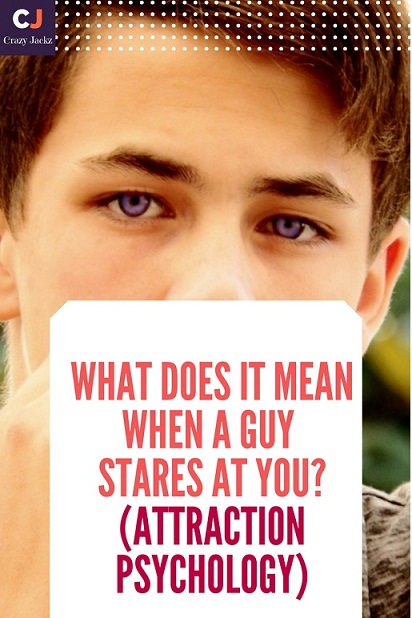