Relationships are all very complicated.  Friendships, romantic, sibling, and even parent-child relationships.  The mother-daughter struggle is as old-as-time itself and often the cliche of many classic novels and movies. This is an influential relationship unlike any other. For this reason, these relationships sometimes have conflict and problems that demand attention and work. This post is meant to teach and help parents, but for all intent and purposes, the focus of this article is on the mother-daughter relationship.

Remember, you can be a dedicated and conscientious mother to your daughter and still have it go badly. As a mother, you can do the whole parenting thing exactly right and your daughter can still grow up and not to have a good relationship with you. However, it is also true that certain mothering types, specifically, during certain life events will lead to an estranged relationship with the daughter.

So What are these mothering types? Why is your grown daughter so mean to you? Why is she so disrespectful and rude towards you? We’ll know today.

“Why is my grown daughter so mean to me?” – Your Parenting type could the Reason behind it

Let’s look at the most common mothering types that can ruin mother-daughter relationships; thus leading to the daughter being mean to her mother in adulthood.

As described by several daughters, dismissive mother type happens across a range of family dynamics and can determine the direction that the relationship will end up. As humans, we are hardwired to need and seek the proximity of other humans, in that, lies the issue of all daughters needing the attention and love of her mother during the formative years.

The dismissive mother type can cause a daughter to amplify her needs, thus pushing her into action or creating a plan to “fix” the situation (Daughter: “I’ll always make honor roll and then my mother will notice me”). In response, the dismissive mother will further withdrawal, every so often denying what took place. Causing the rift between mother and daughter to grow every year.

There is the controlling mother type, that does not recognize her daughter just like the dismissive mother type. This mother type takes control of her daughter, vigorously disregards the legitimacy of her words or choices, and inspires a sense of self-doubt and vulnerability in her daughter.

These deeds are done under the pretext of being for her daughter’s “own good;” thus the message received is that the daughter is inadequate, not reliable to make good decisions, and would simply struggle and fail without her mother’s supervision. This leads to a lack of confidence in the relationship between mother and daughter.

Then we have the emotionally-unavailable mother type, she who actively withdraws at her daughter’s affection, withholds affection or sometimes pins one child against the other.

These actions can include lack of physical contact (no hugging, no comforting); unresponsiveness to a child’s cries or displays of emotion, and literal abandonment.  Literal abandonment plants its own distinctive scars and can cause excruciating pain and be very confusing for a daughter.

The enmeshment mother type is the complete opposite: these mothers do not allow any kind of boundary between them and their daughter. In this instance, the daughter’s need for love and attention enables a motherly chokehold, in which manipulates motherhood in the service of one’s own dreams and goals.

Think of the typical “stage mother” that lives her life through her daughter’s accomplishments, which are both demanded and expected. This can lead a daughter to become rebellious and trying to be everything the mother never wanted her to be.

Let’s not forget the combative mother type. This is known as the “open warfare” relationship between mother and daughter.  This mother type never acknowledges her behavior, but makes it a point to display these behaviors in public.

Additional behaviors of this mother type are actively belittling her daughter, being hypercritical and jealous, or even competing with her daughter. There is even evidence of verbal, emotional, and potentially physical abuse.  This mother type will justify her behaviors as a necessity to make up for any of her perceived deficits in her daughter. This is dangerous territory because the daughter learns to become combative as well.

Next, we have the unreliable mother type, which can be the hardest mother type for a daughter to cope with. The daughter never knows if she will have her “good mommy” or her “bad mommy” during their interactions.

We all form mental images of what relationships in the real world should look like from our connections with our mothers. However; daughters being raised by an unreliable mother type understand the emotional connection to be tense, risky, and even unsafe. These daughters spend adulthood doing everything they can to protect themselves emotionally.

Lastly, is the role-reversed mother type, the situation in which the daughter, even at a young age, becomes the caretaker or “the mother” to her own mother. This scenario usually emerges when the mother has children at a very young age and/or has more children than she can handle.  These daughters can end up being mothers to their siblings, as well.

Unfortunately, this type of mother-daughter dynamic is very common when the mother has health or other issues. These mothers (as well as all the other mother types) love their daughters very much but lack the ability to act on these feelings. Many daughters raised by this mother-type express resentment towards their mother due to the lack of childhood they were allowed to experience.

5 Steps to counter Rude behavior and Improve Your Mother-Daughter Relationship:

There are no easy answers for any mother or daughter. This is a complicated relationship and everyone is different. However, there is always hope to mend any relationship.  Whether you feel you were the best parent you could possibly be or in hindsight, you recognize yourself in some of the above mother types; you can still take positive steps to improve your relationship with your daughter. You can show her that in adulthood you two can be friends.  Try these steps to start mending your mother-daughter relationship.

Step 2: Understand what you’re looking to get out of the relationship – It’s imperative to understand your relationship goals. Are you looking for a close relationship where you talk to each other about everything or are you just looking to be able to grab dinner and chat on occasion? Obviously, the latter option will not take as much work as the former option. However, it is important not to set your expectations too high but to set realistic goals. If for example, you recognize you have traits of the combative mother type, it may be more realistic to set a goal of not arguing with each other every interaction and then move forward from there.

Step 3: Communication – Usually, when you are having issues getting along with another person, problems with communication is the likely culprit. The communication problems can go both ways; sharing TOO much and boundaries are blurred and sharing TOO little and there is not a relationship between you at all. Both of these are struggles and can hurt the mother-daughter relationship. You must be willing to admit that your communication can be better and actively work to make the changes. Make sure you tell your daughter that you are trying to fix the communication between you two and then allow her to do her part in the mending process.

Step 4: Set boundaries – Boundaries are important in any relationship and especially between a child and parent. To build a relationship that can stand the test of time, you must make it clear what areas and topics are off-limits from the beginning. You may want to have a set number of calls per day or week, you may only be available for outings once a week or month, or you may decide to take dating life, politics and religion off the table for discussion. You and your daughter are the only people that know your “hot topics” and are the only ones that can make these rules.  These boundaries are different for each parent and adult child. This will help you lessen potential arguments before they are initiated. Note, that setting boundaries also includes knowing when to walk away from the situation to allow everyone to calm down and be treated with respect.

Step 5: Therapy – Once you have tried everything else and when nothing else works or the mother-daughter relationship has become so toxic it is affecting others, therapy can help. There are many different options available to help. One option is individual counseling for yourself. This can give you better insight into the relationship and specifically your behaviors in the relationship. Also, couple/family counseling can be very beneficial. A counselor can teach you ways to deal with each other and help you both change your toxic behaviors. Remember, you two do not have to fight this battle alone.

You don’t want your lives to continue feeling “on the defense”, but you want to understand what you both need from each other. This can be hard, but talking to a therapist can help you understand and process your feelings and learn how to communicate in an effective way. 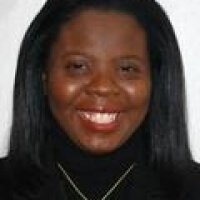 Kimberly Brownridge is a certified mental health specialist (LPC, NCC) who is currently working in the city of St. Louis, MO as a therapist at Counsel The Mind, LLC. She completed her Masters in psychology (Master level psychologist) at Capella University and also worked as an adjunct psychology professor at various top universities (like Vincennes University, Marian University Indianapolis, southern new Hampshire university, etc). She has an experience of more than 12 years in the mental health field and also conducts online therapy sessions at BetterHelp Online Counseling (Betterhelp.com). Daily Kimberly Brownridge helps a number of individuals, couples, families and groups on how to deal with their mental and emotional issues.

Kimberly Brownridge is a certified mental health specialist (LPC, NCC) who is currently working in the city of St. Louis, MO as a therapist at Counsel The Mind, LLC. She completed her Masters in psychology (Master level psychologist) at Capella University and also worked as an adjunct psychology professor at various top universities (like Vincennes University, Marian University Indianapolis, southern new Hampshire university, etc). She has an experience of more than 12 years in the mental health field and also conducts online therapy sessions at BetterHelp Online Counseling (Betterhelp.com). Daily Kimberly Brownridge helps a number of individuals, couples, families and groups on how to deal with their mental and emotional issues.
View all posts by Kimberly Brownridge (LPC, NCC) →